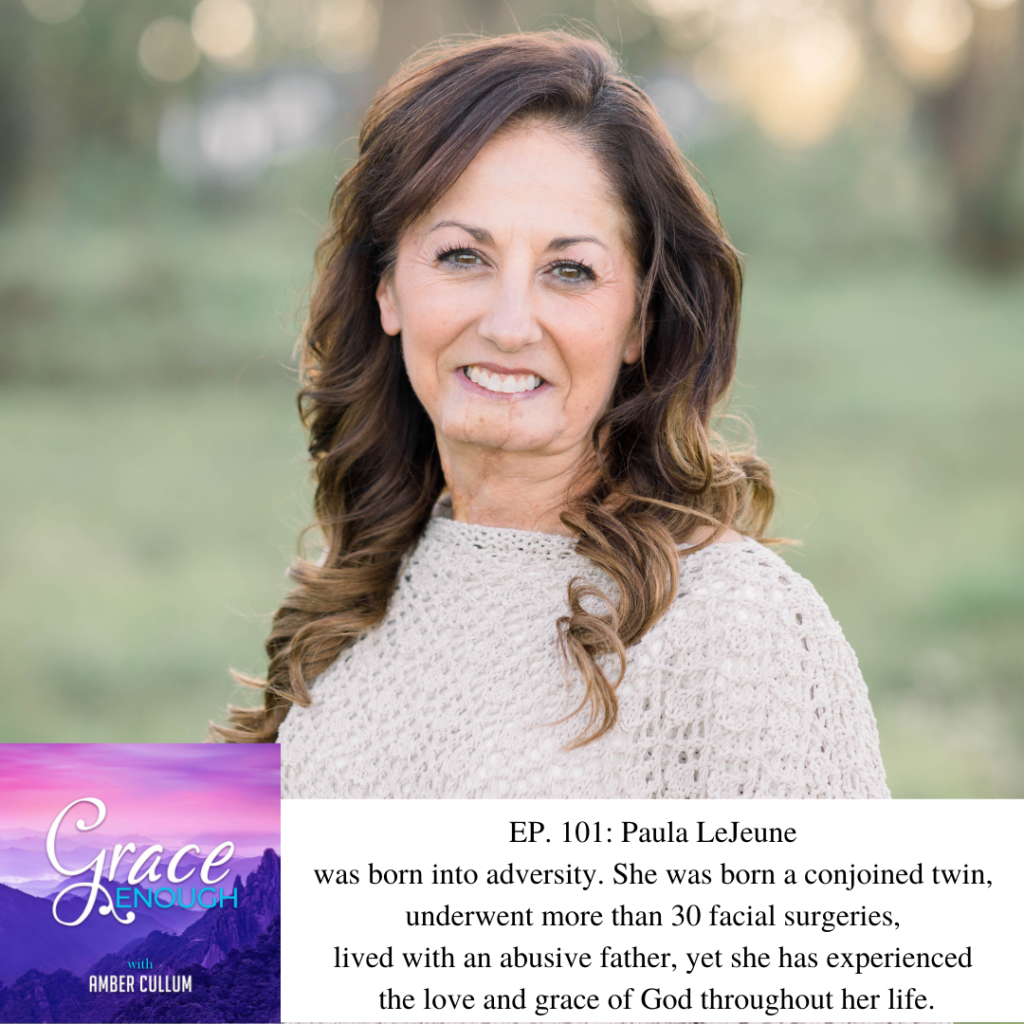 Paula is the author of The Perfectly Imperfect Princess: An Un-fairy Tale Gone Right.

Paula has been married for 32 years.

Two daughters, both married: Eden, who is a 2nd grade teacher and Eryn, who is a registered nurse.

AND I’m a “Grancy”-(fancy granny) to Lincoln.
Facebook-f Instagram

Paula LeJeune was born into adversity.  She was born a conjoined twin, underwent more than 30 facial surgeries, lived with an abusive father, yet she has experienced the love and grace of God throughout her life.

Questions Paula and I Discussed:

“I was born conjoined twin.”

“But I always say, ‘I guess God knows CPR.’ Because I was breathing. I had a pulse. I was fully alive.”

“It was a lot of time in the hospital because we were joined at the chin and the neck. When they separated us that left a gaping hole in my chin….so they had to make my chin from a rib.”

“My dad had told me, he’s passed away now, but he told me several times, he felt like I was a judgment on him for leaving the church.”

“When they would wheel you into the pre-op room, there were Scriptures taped to the ceiling. I remember reading those Scriptures and just thinking that’s the kind of God I want to serve, because children get their view of God from their fathers.”

“I was very self conscious and would pray before I went to bed for God to let me be normal.”

“He would tell me, often, I’m going to marry you…I had such low self esteem. I was like, there’s something wrong with him, that he would like me.”

“I was always looking for someone in dating that would look at me past the scars, because you can tell when someone’s talking to you what they’re looking at…after spending three months with Clifton…I realized…he saw past the scars.”

“That was a plus for my parents. I was never treated like a handicapped person.”

“God gave us such a burden for our church and our city. Also, in that time, both of my parents had been having an affair and those affairs came out.”

“God has blessed me with a phenomenal marriage, I have a marriage I’ve never seen.”

“Ditch the victim mentality. I was a professional at throwing my own pity party, but victimization allows other people to be in control of your life and victims can only react. I would tell that woman, take a long, hard look at your life and decide which things are in your ability to change and start working on those things. things, because right choices eventually bring out right results.” 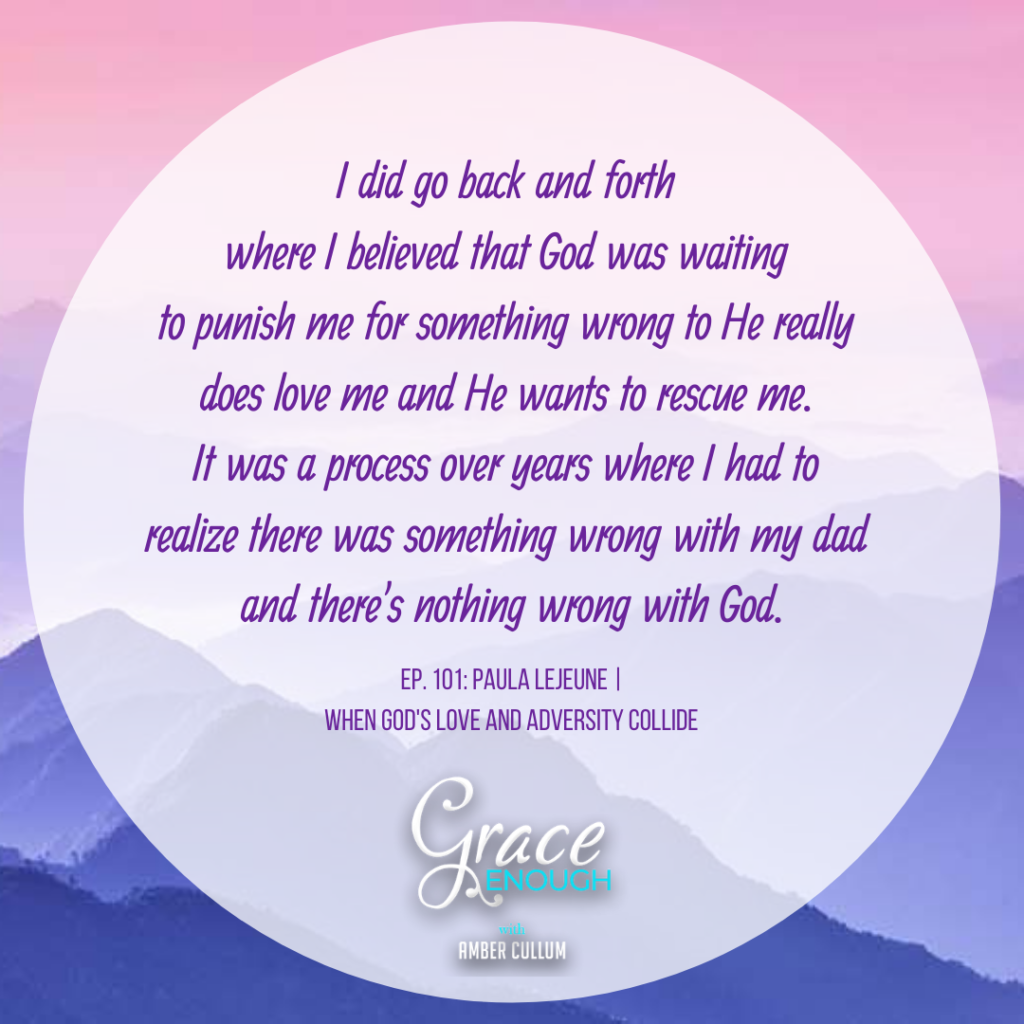 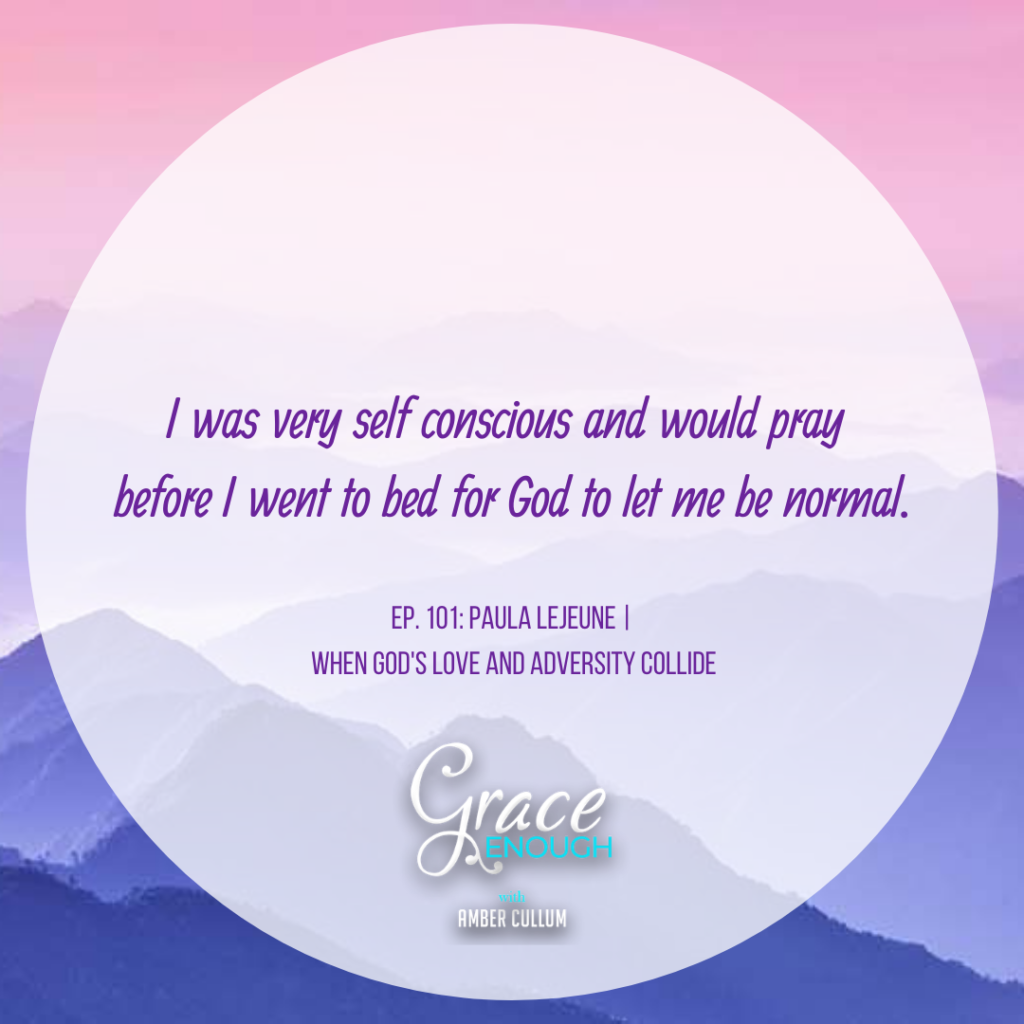 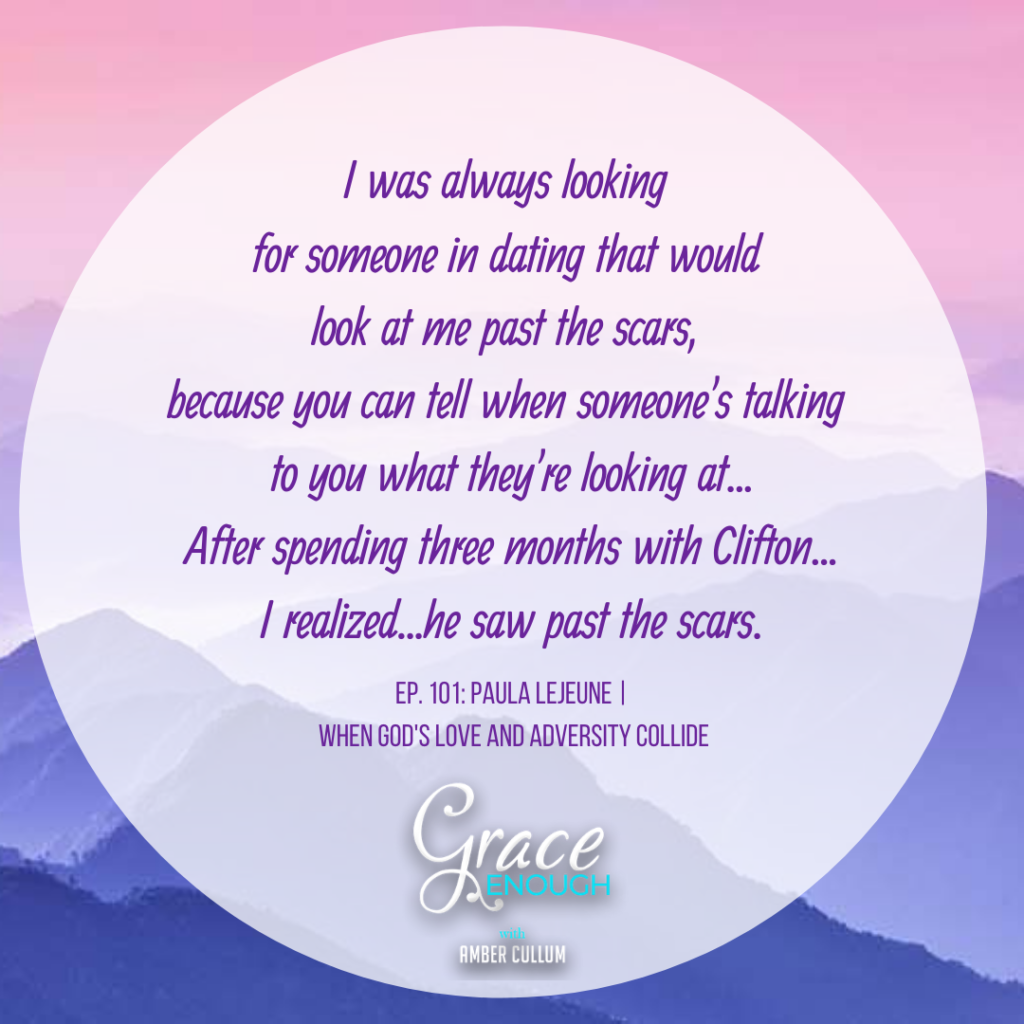