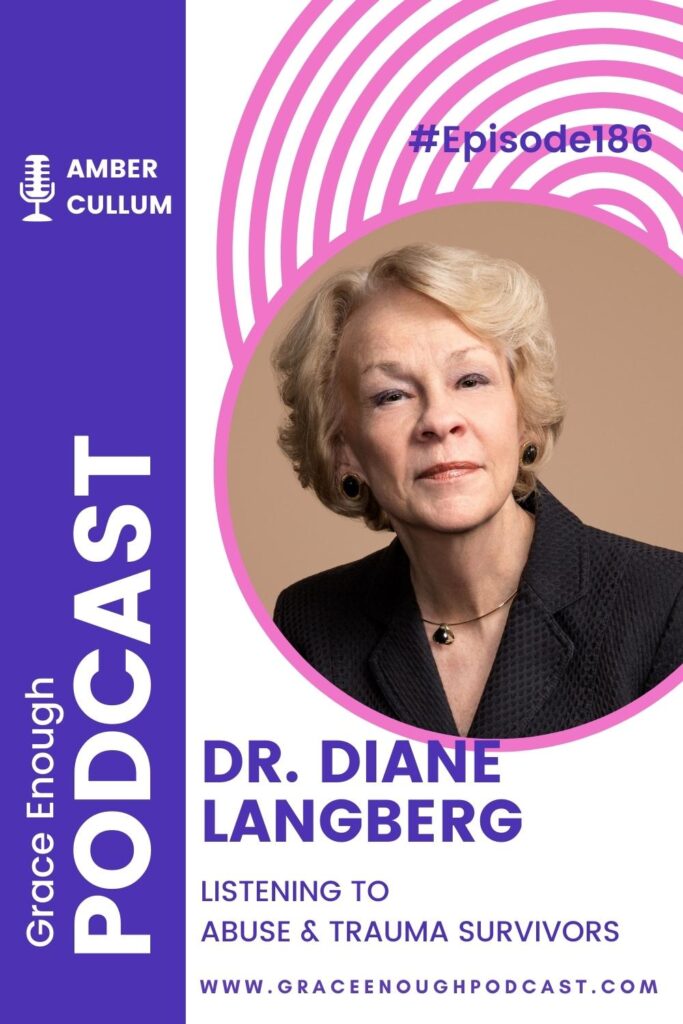 Dr. Diane Langberg is a psychologist globally recognized for her 50 years of clinical work with trauma victims. She has trained caregivers and clergy on six continents in responding to trauma and to the abuse of power.

She was the director of Diane Langberg, Ph.D. & Associates, a group practice in Jenkintown, PA. She has since stepped down from that role and the practice, which includes seventeen therapists with multiple specialties, is now run by Dr. Phil Monroe.

She is the author of Counsel for Pastors’ Wives (Zondervan), Counseling Survivors of Sexual Abuse (Xulon Press), and On the Threshold of Hope: Opening the Door to Healing for Survivors of Sexual Abuse (Tyndale House) and Suffering and the Heart of God: How Trauma Destroys and Christ Restores (New Growth Press). Her newest book is Redeeming Power: Understanding Authority and Abuse in the Church. Dr. Langberg is also a columnist for Christian Counseling Today and contributes to many other publications.

Dr. Diane Langberg and Amber discuss how her 50 year career working with trauma and abuse victims began, the similarity she encountered between veterans of war and abused women, the current reckoning of power abuse in the church, and pastors as shepherds.

Quotes From Listening To Abuse and Trauma Survivors:

“The woman I just spoke about was in 1972, post traumatic stress disorder was not even a diagnostic category until 1980. So what I realized was that the soldiers and the women had the same symptoms. And so I figured there was more than one kind of war zone in the world.”

“Part of what I learned from them [survivors] is that to talk about such things, takes tremendous courage.”

“I’ve learned that people go at their own pace…partly because everybody’s unique and partly because the abuse is not a cookie cutter thing.”

“I’ve worked with pastors and their wives for a long time, and then ended up with a case where the pastor was wounded and abusing. My worlds crashed together. That was hard.”

“When Jesus said, Feed my sheep, he didn’t say exploit them.”

“We have minimized the level of deception required to feed ON the sheep….[When] we’re saying, ‘Okay, well, he said, he’s sorry, he cried, we forgive him. Let’s go back to normal.’ We’re actually doing damage to the shepherd as well….We leave them in that prison, we leave them in those deceptions. That’s not love.”

“There is a way forward and I think that the exposure of all of this, especially the stuff in the news by these people that we thought were so wonderful…it’s God’s exposure.”

“The way Christians are talking to each other today is breaking the heart of our God.” 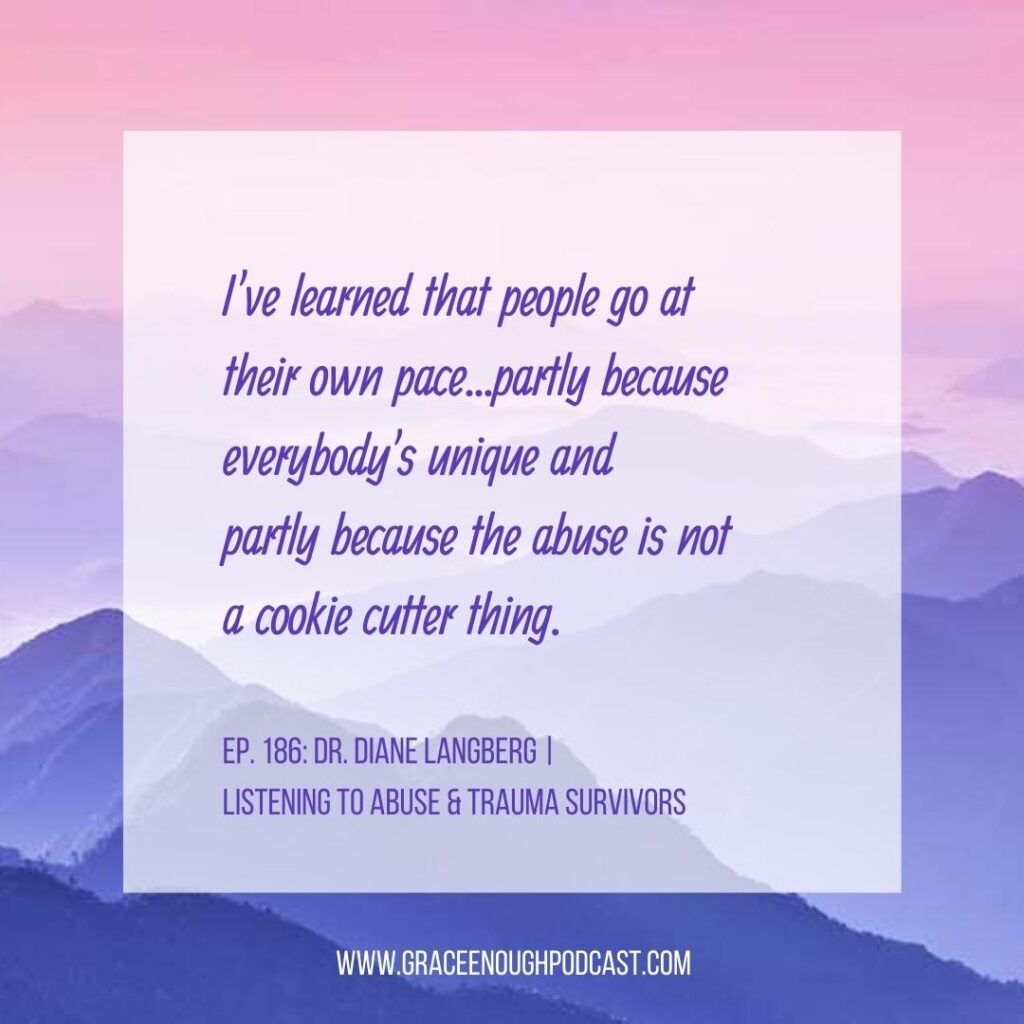 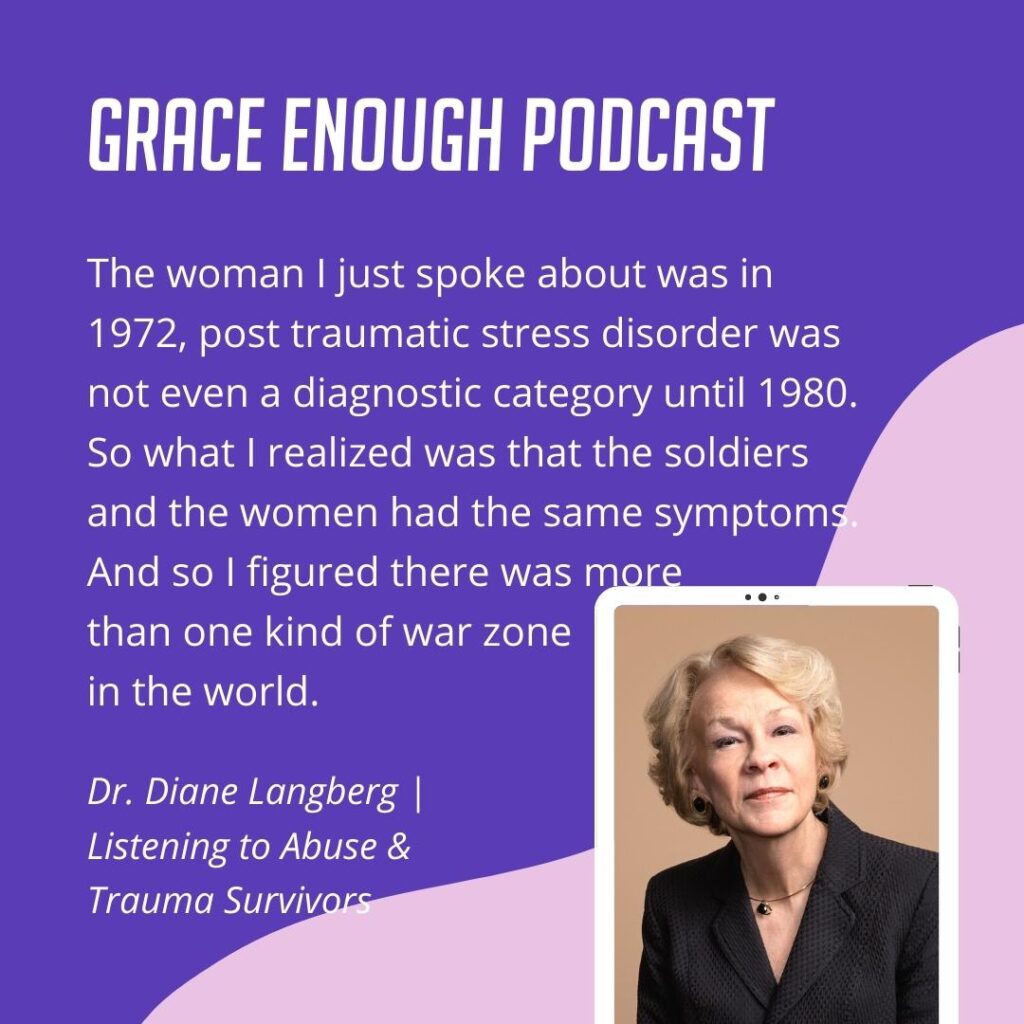 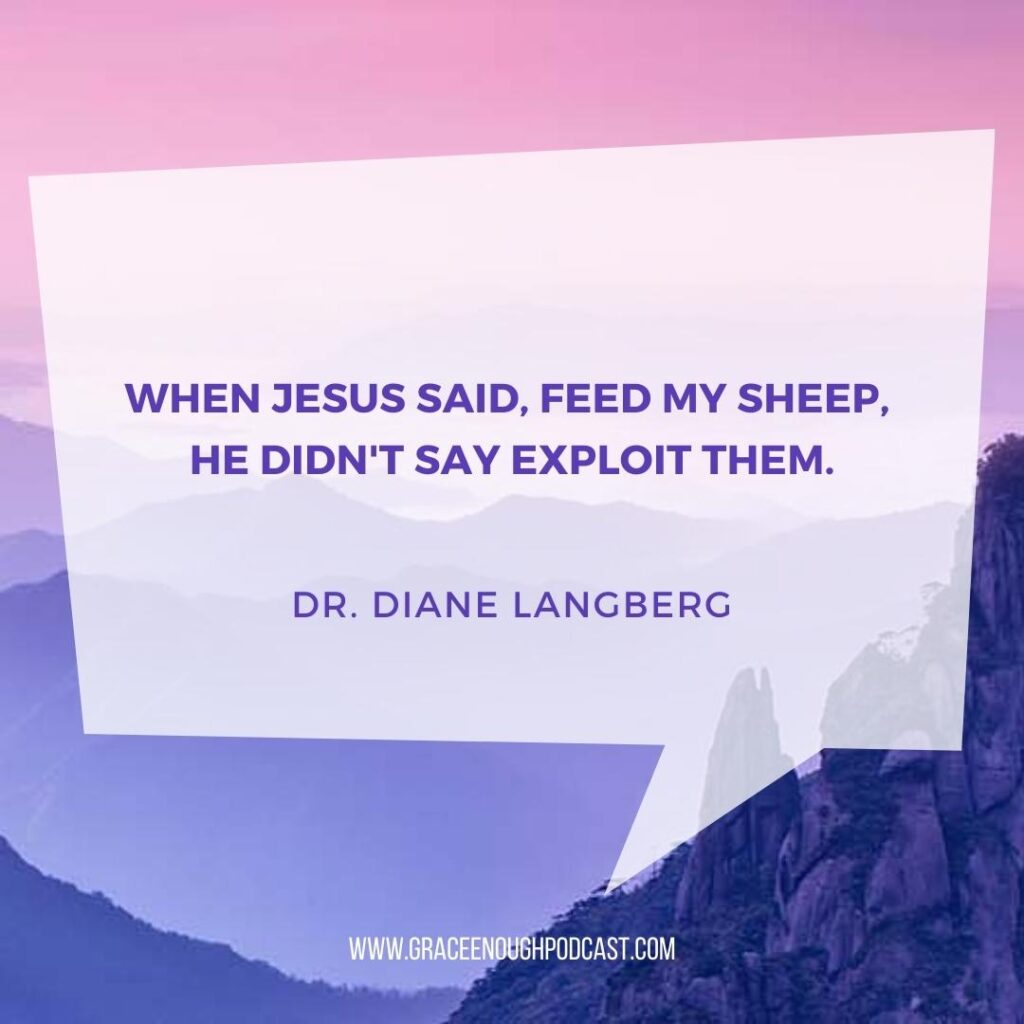