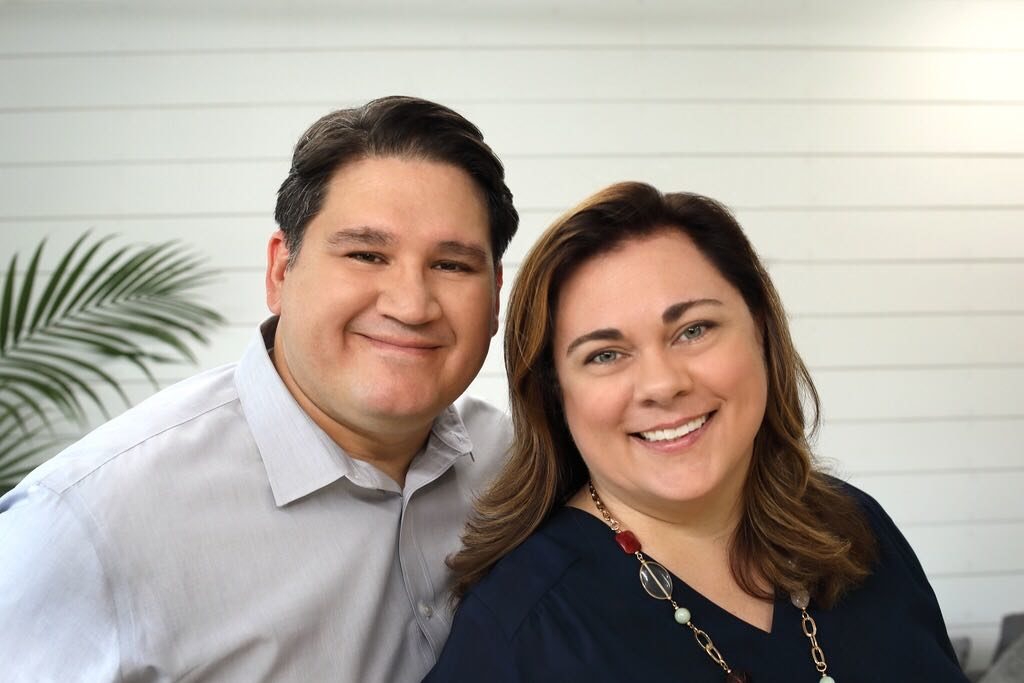 After growing through 24 years of marital ups and downs, there’s nothing this duo loves more than coming alongside couples – armed with the tools of the Enneagram and the truth of the Gospel – to offer a better way to live and grow, together.

They’ve worked hard to create an entire platform to improve your marriage based on the Enneagram and the Gospel. So, take a minute to check out their book, Becoming Us, their live events, and the custom online courses for each couple type. However you prefer to learn, they’ve got you covered!

Beth and Jeff chat about how the enneagram became a useful tool in their marriage, concerns a Christian may have about using the enneagram, how to encourage your spouse to use the enneagram, and how we can use it to become our healthiest self vs. as an excuse for behavior.

EP. 16 with Beth McCord | Enneagram Coach From A Biblical Perspective

4:15 For those who may not know, give a little back story on how and why you began using the enneagram as a tool in your marriage.

“Rather than our character defects getting in the way of our relationship they actually became an opportunity to connect with one another.”

7:36 The popularity of the enneagram has skyrocketed in recent years and with that has come critique, particularly in the Christian world. Will you take a moment and address some concerns of the believer related to enneagram origins, proper use of the enneagram, etc.?

“For Beth and I, the enneagram is a helpful tool, but we believe that it’s the gospel that’s the power of God unto salvation.  It’s the gospel that brings transformation.  The way in which we teach it is we have either removed, replaced, or redefined anything that doesn’t align with a Biblical worldview.”

Jeff speaks about “plundering the Egyptians.”

“The way the enneagram is taught today is radically different than the way they created it. Think of it less like Joseph Smith’s, who founded Mormonism, who spoke to the angel Moroni and created an authoritative text. Think of it more like a professor who had a theory whose student’s developed the theory more.  It’s not something that’s authoritative, because you can teach it from whatever world view you bring to it.”

“The great thing about the enneagram is it’s just clarifying why we think, feel, and behave in particular ways. It’s like an x-ray. It shows what is broken, but it can’t fix it.  That’s where the gospel comes in. When I know that my heart is moving in a direction that is not Christ-like I want to come under the submission of Christ and the Holy Spirit and allow Him to transform that negative part of my thought processes and personality traits.”

12:22 In the fall, you released the book Becoming Us, which focuses on using the enneagram to create a thriving gospel-centered marriage.  Will you share a few ways the enneagram can help a marriage thrive?

“It’s almost like you have a new set of lenses, a new set of glasses, to be able to see yourself and your spouse.  Often times, we have this way of interpreting our relationships, that it’s either they’re doing something that is intentionally hurtful to me or there is a character defect in me that I can’t seem to overcome…It’s either their fault or my fault.  What the enneagram is helping us understand is that we carry a tremendous burden inside to try and make life work apart from the cross.  The enneagram gives us this new understanding that I bring a great gift to my relationship and I bring a particular bent or burden to my relationship.”

18:51 I asked my listeners to submit questions they would like the two of you to answer.  My friend Heather is working through Becoming Us in her community group.  She asked, “How do you get your husband on board?”

“The enneagram really is about you doing your own work.”

“Two things I hear from men regarding the enneagram that they’re seeking to avoid by not engaging with it. One, they’ve experienced personality tools in their careers and they never been profitable.  It wasn’t helpful for them….The enneagram is quite a bit different, because it speaks to motivations.  It speaks to what’s really driving people, so it’s much more profitable and productive than some of the other tools. Secondly, a lot of men will make comments that they don’t want to be put in a box. Here’s what they’re getting at, they’re afraid they are going to take this test, it is going to give them their number, and that is going to be used against them by their spouse.”

24:34 My friend Cindy asked, “Is there hope for a successful marriage between any and all numbers?”

27:51 My friend Rachel said there are a lot of things we can do to help our marriage thrive, such as work on communication, but if we could focus on one thing to help us move toward health and growth what would you suggest?

30:51 My friend Allison asks, “How as a couple do we best help one another move toward our ‘healthy’ self instead of ‘excusing’ their behavior knowing in some ways that’s how they are wired?”

Becoming Us clearly shows how each number is aligned, misaligned or not aligned with the gospel.